Editing the Human Genome Through CRISPR

In the world of medical sciences, there is no space for the word “miracle” until something unbelievable, if not impossible, happens beyond the understanding of the human mind; maybe something like creating customizable DNAs to produce a human of your own choice.

To make this miracle a reality, scientists have been working on revolutionary biomedical research called CRISPR (Clustered Regularly Interspaced Short Palindromic Repeats). It is indeed one of the few medical breakthroughs in the history of biological innovations.

CRISPR has been widely employed in different fields from medical research, biomedical sciences, and applied biotechnology.

This article is going to provide you with all the necessary information about genome editing and CRISPR. Read till last!

What is Genome Editing?

Genome editing, or gene editing, is a branch of genetic engineering in which the DNA inside the genome of a living thing is cut, altered, or replaced. With this method, we can make changes to the human DNA. In this process, an enzyme is inserted into the DNA at a particular sequence to cut and edit the DNA from that sequence.

Before genome editing, there were different methods through which a host genome could receive genetic material into it. But genome editing is different from those techniques in a way that it can target the insertions at specific locations in the DNA.

The recent advancement of genome editing techniques has enabled scientists to directly target and modify genomic sequences in almost all kinds of cells. Gene editing has made scientists and biologists explicate the contribution of genetics. Also, it supports the making of more accurate cellular and animal models of pathological processes.

What is Genome Editing Used For?

The process of genome editing can be used for multiple purposes, some of which are;

Genome editing has proved to be a breakthrough in the area of research in genetics and biomedical engineering. It can be best used to understand the processes of biological changes in the DNA inside a cell. It also helps to understand gene functions and develop ways to treat genetic or acquired diseases.

Gene editing can also be beneficial in treating diseases like AIDS or Leukemia by modifying human blood cells and reintroducing them in the body. Other genetic diseases like hemophilia or muscular dystrophy or the infections like MRSA (Methicillin-resistant Staphylococcus aureus) can also be treated by using the techniques of gene editing.

Genome editing is not only limited to humans or animals but can also be employed in plants and crops. The production of several crops can be improvised through gene editing and save crops from droughts and diseases.

The techniques of genome editing were first used in the late 1900. Since then, there has been a revolutionary development in this subject. In 2009, a game-changing technological tool called CRISPR was introduced to make gene-editing easier than ever before.

CRISPR becomes cheaper and faster, and more accurate than other genome editing methods. Many scientists have already stated using CRISPR for editing DNA. Before going into detail about CRISPR, let us see other techniques of genome editing!

Although this technique may not be revolutionary, it helps greatly with genome editing. Conventional Genome-Editing is based on physiological methodologies and involves a double-stranded repair system. Through this technique, homologous related to gene intervention can be recombined. The emergence of advanced technologies has overshadowed the significance of this technique therefore this technique is rarely used in labs anymore.

In this method, pseudo-complementary peptide nucleic acid (pcPNA) is used, which clears the place within the telomeric region or chromosome. After pcPNA clearing the site, excision is done by a chemical mixture EDTA or the cerium (CE) through splicing. This technique is helpful because you can join a DNA of your own choice within that specified site. This method is very beneficial in high salt concentrations.

Initially, this method was considered the most advantageous technique for genome editing, but with the advancement of genetic engineering, it was realized that this method is more time-consuming. Also, creating site-specific pcPNA was a big problem in carrying out the process.

The word “homing” in Homing Endonucleases (HEs) interprets the lateral transmission of a DNA sequence in genome editing. HEs are typically naturally-occurring nucleases with a size of about 14bp. They can splice DNA into slightly larger sequences.

Through this method, a site is taken out from a DNA segment through endonucleases, resulting in the creation of two segments of DNA. Now, recombinant adeno-associated viruses (rAAVs) are also introduced, which work as driving agents for taking genetic tools into the human cells.

This method has a few shortcomings, due to which can not be relied upon completely. The primary issue with this technique is preparing nucleases and creating vectors to drive them into the cells. Also, rAAV was challenged with off-target effects with less specificity of the site. Another issue was the lower integration of DNA and the risks involved with host genome mutations.

Clustered Regularly Interspaced Short Palindromic Repeats, abbreviated as CRISPR, is a gene-editing technique that disrupts host genes and inserts sequences of DNA of own choice. This method uses the Cas9 protein and RNAs as a guide to carry out the gene-editing process.

The concept of CRISPR is driven by bacteria that use an adaptive immune response with a similar process as CRISPR. Since its anticipation, CRISPR has become the most favorable technique of gene editing in the field of genetic engineering. Compared to other techniques, CRISPR is a cheaper solution and a very fast method to process.

This method can be used to cut and edit a segment of DNA as well as to knock out agene from the body completely. This method helps significantly with the research of functions of genes, DNA modifications, and the subject of genetic engineering.

First of all, the process starts with taking RNA, a molecule responsible for giving out the genetic information of DNA. The job of RNA is to spot a place within the nucleus where editing can be done.

Then it guides Cas9 to that spot to cut. Then Cas9 locking onto the double-stranded DNA and unzipping it causes the creation of a break in both strands of the DNA molecule. The cell, sensing an issue, repairs the break. Hence, it becomes possible to fix something inside or add a new gene. The latter is a little more complicated, though. This method also helps disable some genes inside the DNA that cause certain genetic diseases.

CRISPR-Cas9 can be used in a variety of ways. Some of the best applications of CRISPR are as under.

Although CRISPR is a potent tool, it comes with certain limitations which need to be addressed. The limitations are:

Pros and Cons of CRISPR

Genetic scientists believe that CRISPR can hugely help with the processes of drug discovery. But for that purpose, this technique needs to be accurate, affordable, and convenient. CRISPR technology is already being incorporated into drug research and discovery by some of the world’s drug manufacturers.

Gene-editing through CRISPR is comparatively cheaper than other techniques for the same purpose.

In the CRISPR process, editing can be affected by multiple factors and can seriously hamper your efforts, getting you insufficient results.

Sometimes CRISPR can be very hectic and time-consuming, as optimizing a protocol for CRISPR can be a lengthy and challenging process.

This was the review of CRISPR, the latest advancement in genome editing technologies in recent years. It has emerged as an innovative gene-editing tool with a focus on animal models and eukaryotic cells. It can help cure several diseases and be a great tool in potential therapies. There are some challenges in implementing this technology, yet it is believed that the day is not far when there will be handmade humans on this earth. 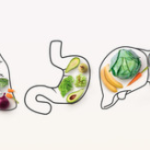 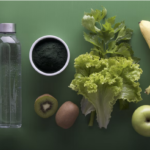 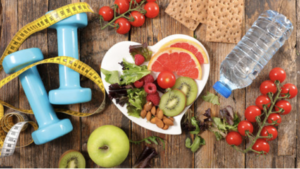 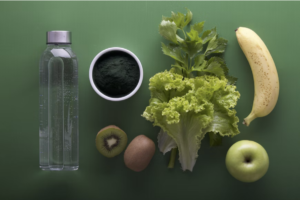 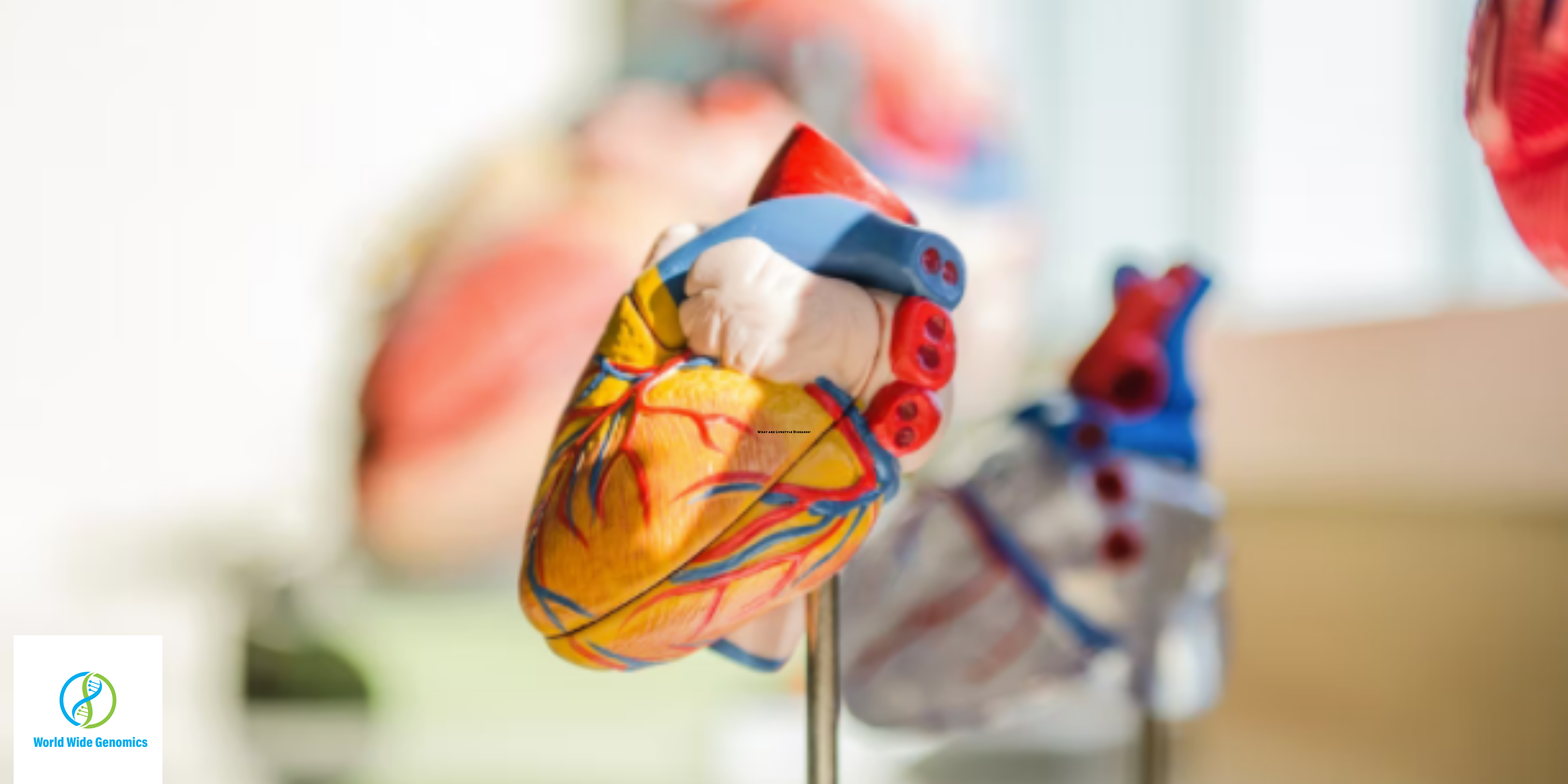 What are Lifestyle Diseases?